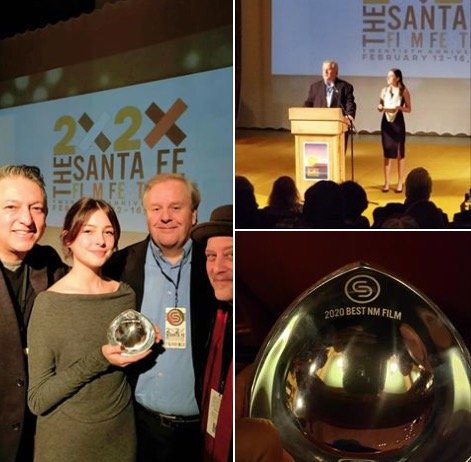 We are so honored to have been recognized by the The Santa Fe Film Festival – Best New Mexico Film for Caffeine and Gasoline: Evolution of the American Rocker.
When we started this film there was no way to know if it would be accepted by the motorcycle and film communities. We have been incredibly fortunate to have been screened now all over the world, and recognized with three awards including Best Documentary.
Thank you EVERYONE for your initial support financially and emotionally, and your continued support as we keep sharing the film at festivals and screenings.

One thought on “C&G Wins at SFFF”