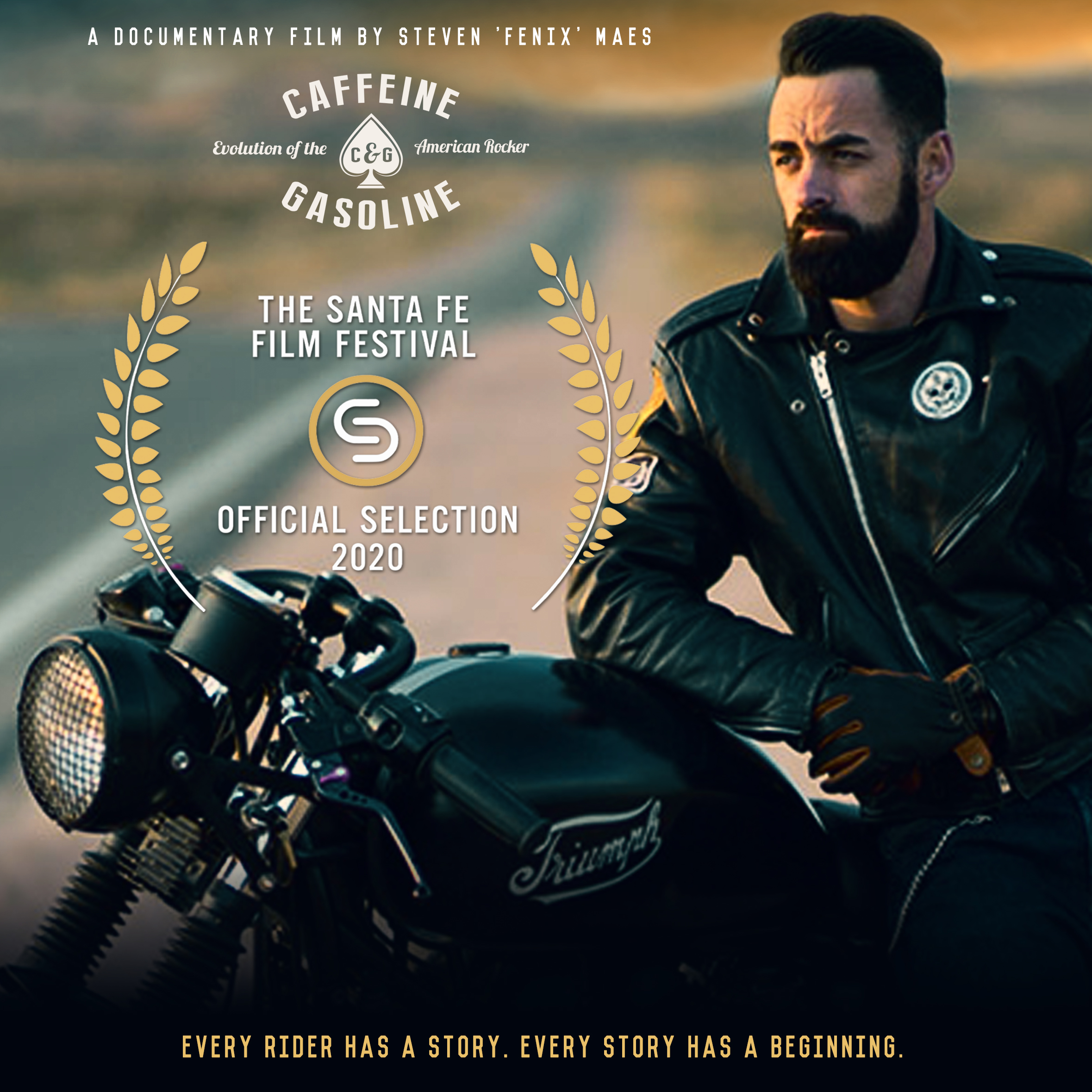 What an incredible year 2019 has been for Caffeine and Gasoline: Evolution of the American Rocker​. With several screenings, film festival awards and strong critical reception. We are incredibly humbled to have received such overwhelmingly positive feedback for the film, and to have reached so many people worldwide that can relate to the story.

So we are again so honored to have just been announced an OFFICIAL SELECTION of the 2020 The Santa Fe Film Festival – the original SF Film Festival is in it’s 20th year and one of New Mexico’s most respected and acclaimed festivals.