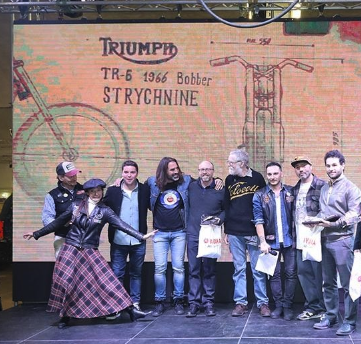 On the stage of the Eternal City Motorcycle Custom Show , the awarding of the winners in competition at the second edition of the MotoTematica – Rome Motorcycle Film Festival , the film festival dedicated to the world of motorcycle in the which present and project international themed creative works. After a marathon of films from 17 different nations – including shorts, feature films and documentaries – which saw curious and passionate fans of the two-wheeled world flock to the Casa del Cinema for two days, the jury and the public decreed the best works of the various categories in the competition. The award for the best feature-length documentary was awardedSteven Maes with Caffeine & Gasoline: Evolution of the American Rocker