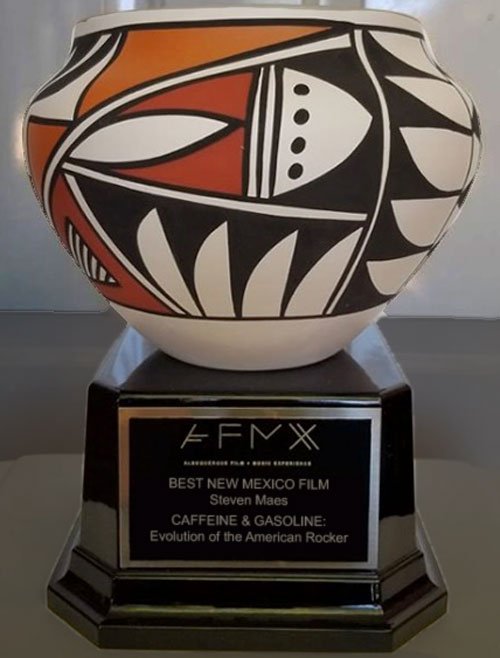 Caffeine and Gasoline: Evolution of the American Rocker was announced today as a winner in the “Best New Mexico Films” category of the 2019 Albuquerque Film & Music Experience (AFMX) festival. Noted as having been the most-attended film of this year’s six-day event, the motorcycle-themed documentary debuted Friday, September 27 at the Kimo Theatre in Albuquerque, NM.

In its seventh year, the AFMX is a premier interactive film and music festival, held in New Mexico each September, featuring domestic and international movies, industry panels and workshops, networking events, parties and live music.

The theme of this year’s AFMX was ROAD FLIQX, highlighting the cinematic and musical expression of the open road, a metaphor for the search for the enduring spirit of freedom. The selection features open-road movies and their soundtracks, featuring actors, directors, writers, musicians and others who made the films memorable.