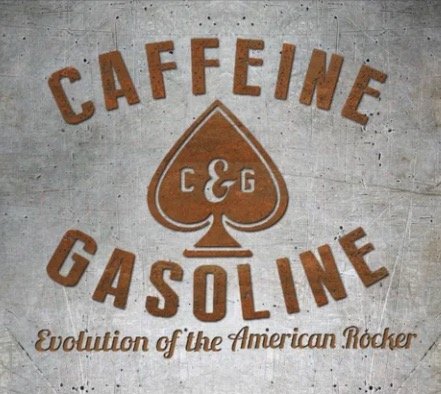 This new documentary film directed by Steven Maes skillfully and with deft humor and a fine musical soundtrack traces the evolution of Rocker motorcycle culture from its dual origins in 1950s America and 1960s Britain to its contemporary living and breathing, exciting manifestations today—worldwide!

Wonderful interviews with Rocker enthusiasts including New Mexico’s own Duke City Rockers—many of whom build and repair their own specialized “café” motorcyles—named for the legendary Rockers in the United Kingdom who rode their bikes from café to café while their US counterparts (such as young Marlon Brando’s fictional biker crew in “The Wild One”) were more likely to cruise from bar to bar—highlight this enthralling film. Road ride shots with great scenery—often of the American Southwest but also of settings as disparate as Ireland, China and Japan—give this film its grand panoramic sweep.

A touching aspect is the focus on “the next generation” of Rockers—young folks following in their parents, grandparents and older pals’ paths of glory by building, maintaining, customizing and especially riding “café-style” motorcycles in true Rocker tradition.

This is a fascinating, very warm and human movie about the love of good people for their machines, and for each other.

“Caffeine & Gasoline: Evolution of the American Rocker” will be screened at Albuquerque Film & Music Experience September 26, 2019.

Bill Nevins writes on cultural topics for No Depression online, Trend of Santa Fe, Rootsworld, Logos a Journal of Modern Society & Culture and other publications. He is based in Albuquerque, NM.