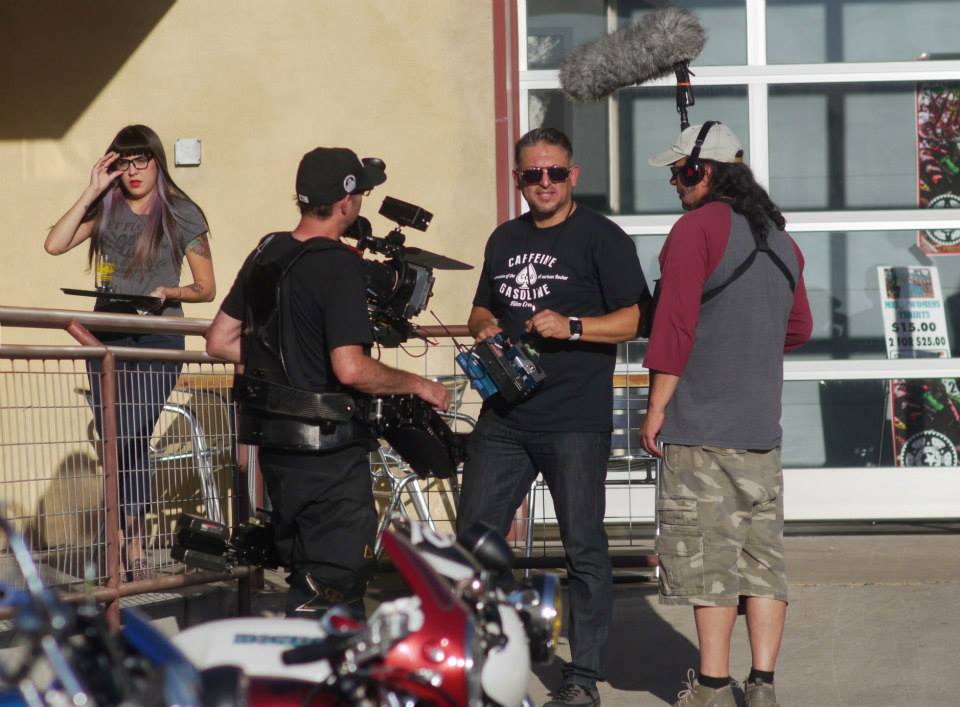 The film looks back at the American-inspired 1960s British greasers and their bikes, immortalized in the classic movie Quadrophenia, and then aims the camera at today’s home-grown rockers in America and beyond.

“From their earliest roots in the East Side of London to the growing vintage motorcycle enthusiasm around the world, rocker culture has made its way across the globe,” says Maes. “Motorcycle culture is always evolving, writing its own mythology and leaving tread marks across America. The rockers with their cafe bikes are a subculture within a subculture. They’re the real rebels in an increasingly conformist pastime.

“I really want to show the spirit and community within the culture, as well as, the design” Maes continues, “there’s such a passion and individuality put in to each bike.”

Caffeine & Gasoline talks and rides with such motorcycling icons as Antoine Predock, Albuquerque’s famed resident architect. The film features New Mexico’s only cafe club, the Duke City Rockers, whose rockabilly-styled members take viewers for a ride on their hand-built motorbikes and explain their attraction to the British iconoclasts.

Maes expects to wrap filming in fall 2016, and to release the film theatrically in 2017.